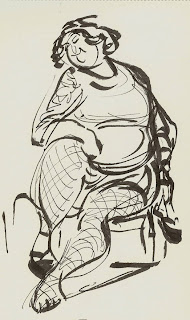 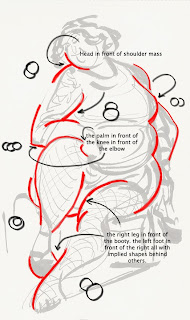 When you look at the definition of "Imply" it starts with obsolete meaning no longer in use or no longer useful. This could help, by thinking we don't need to draw what we can't see the hidden shapes within the overlap.  The second definition is about inferring and not drawing too direct.  To infer the shapes behind others.  The third we are containing the shapes behind others and the fourth is indirect expression of the shapes. HA! it all relates when you think about overlap and how we can draw the orange behind the orange!
I had to put the examples first, blogger was acting up!
Posted by Dave Pimentel at 10:24 PM 11 comments: