The Walt Stanchfield notes are published and out!!!!! 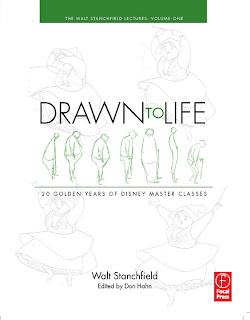 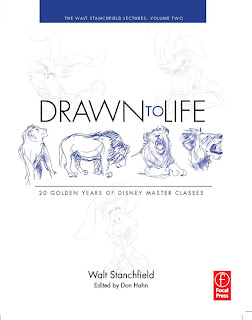 It’s an amazing set of books that chronicle Walts teachings just as he presented them in his classes.  There’s also examples of Walt’s own artwork in the books which can't be found in any other books or on the internet.  If you haven’t purchased them, you must immediately!

I started at the Walt Disney studios in 1995.  I was very excited to be working at the studio and couldn’t contain myself as I learned as much as I could from all the talented people working there.

One of those people who impacted me the most was Walt Stanchfield!  He was teaching Gesture drawing once a month for three consecutive days.  I was amazed at his approach to drawing and his sheer zest for life.  It was freedom for my brain!  The pressures of all the past life drawing classes had been lifted by this one man.  He would walk around the class room looking over shoulders and digging into each students page with a wealth of experience and challenge.  His simple quick correction doodles was an enlightenment for every student in the class. 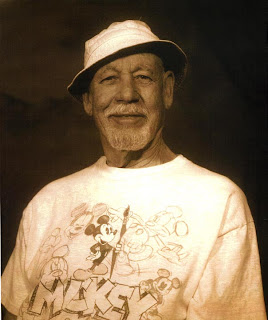 Walt had a knack for seeing the model differently then everyone else.  He understood the forces of inertia and kinesthetics behind every body part and movement.  On top of that his keen sense of acting was always dominant as he would push us to caricature and act within our sketches.  As we tried to understand what he was teaching we were constantly caught by his swift sharpie and every line he put down had meaning to it.  Other times Walt would pat a student on the back and keep walking which meant that he liked that person's artwork and as the model would break we’d all rush to see why Walt gave that pat!

It was the greatest learning experience I’d ever had at Disney.  Learning the techniques that Walt taught infused my mind’s approach to everything I did as I worked on the features.  I began thinking "how would Walt do it?" trying to feel the pose as I inbetweened.  I remember when I told Walt that I became an animating assistant.  He patted me on the shoulder and said “Good Job! Now let’s keep drawing!”  He knew that I would need him now more than ever!  I couldn’t have imagined going through those days without Walt’s guidance.

One of the most amazing things to see where his sketchpads.  He was constantly sketching and you never saw him without his book.  Walt was so proud of himself when he would show his sketch book to us as we fevereshly sketched in his class.  The pages where crinkled and stained with coffee for tones but every page was a masterpiece!  Everyone was in awe at how each page had something to say and attract.  The years of his experience showed through every drawing.  Boats, people in coffee shops, birds, fruit, mountains, ranches, horses, and anything you can think of was effortlessly put on the page.  All I could think of at the time was “I gotta keep drawing, if I’m ever going to be that good” which I still say to this day.

When Walt was teaching the class he’d correct our work with a small sketch and then with look only Walt could give, he'd ask “can I have this paper?”  It was hard to part with the bad drawing because we knew that it was going to show up as a "how not to" example in “Walt’s word’s of Wisdom” his monthly studio handout. 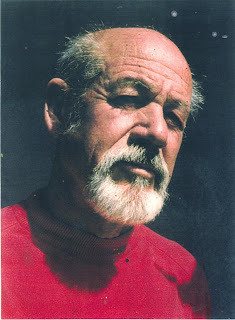 He would always tell the artist “I'll make you famous” which always gave us a nervous laugh.  Yet Walt never embarrased anyone, he taught everyone.  He knew that his correction would be best served for all to see and learn.  The students would pour over the handouts and try to soak in what he was writing about and then apply it to their own work.  As Walt wrote about gesture sketching he also wrote about life's lessons and always sharing some truth about the world and us as human beings.  I tried saving the handouts and kept loosing them in my cluttered cubicle and eventually found out that the artist development department had copies from years past to current, and I quickly copied them all. 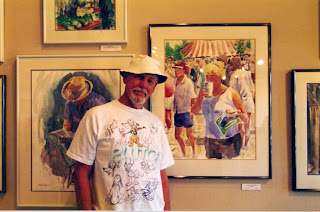 Walt was an avid Tennis player and he’d always showed up with his trademark fisherman's hat, shorts and t-shirt ready to go to the local court and take on some of the students.  Many times I’d ask those who played against him if they won and they’d shyly answer “no”.   I thought it was great to see this older man in his seventies{and a cancer survivor at the time} taking on these young students and showing them a thing or two.  He lived in Solvang CA and would travel to Burbank to teach, he’d stay at the Safari Inn hotel for a couple of days or even sleep in his van in the Disney parking lot.  Occasionally myself and a few others would take Walt out to dinner and spend time with him.  He loved it!  And we’d all sit and listen to his stories of working at the studio he endearingly called “Disney’s”.

This was all up until Walt’s passing in the year 2000.  Walt left such an impression on me and I  believe he wouldn't mind when I borrowed his motto for my blog which is "Impression - Expression = Depression".  This meant draw when you get inspired!  Anything that sparked the energy in you to put it down on paper and if you didn't, you're inner artist would fall into depression.   Many teachers have come and gone but Walt has stayed, In my brain, my art, in my technique, and mostly in my heart!  I’ll always remember Walt and what he meant to me.  These new books will only reassure that everyone can have Walt's words of wisdom right in their own hands.  They are invaluable!